My "My Little Pony" Collection

So I've been meaning to chronicle my obsessive collection of Ponies for a while now, and thanks to the MLP Collection Contest at EquestriaDaily.com I got a deadline that made me go on out and organize my stuff for shiny beautiful display! Just to clarify, I do run a Pony business, but none of the items shown are for sale. These are all my personal darlings.
There are a LOT of pictures. 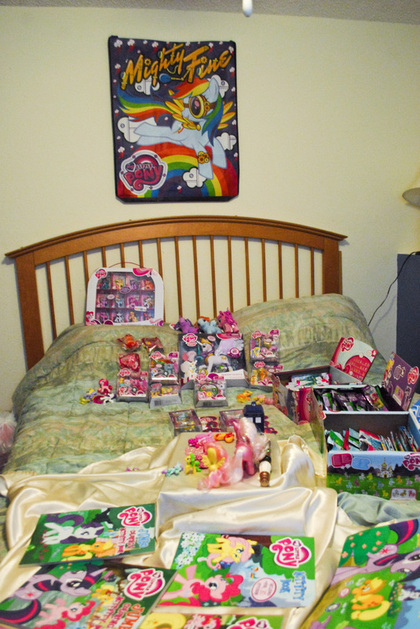 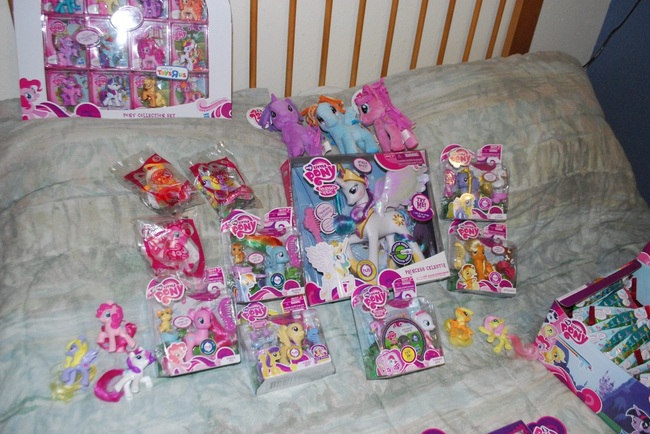 All my unopened Friendship is Magic Ponies! Plus Mcdonalds toys. 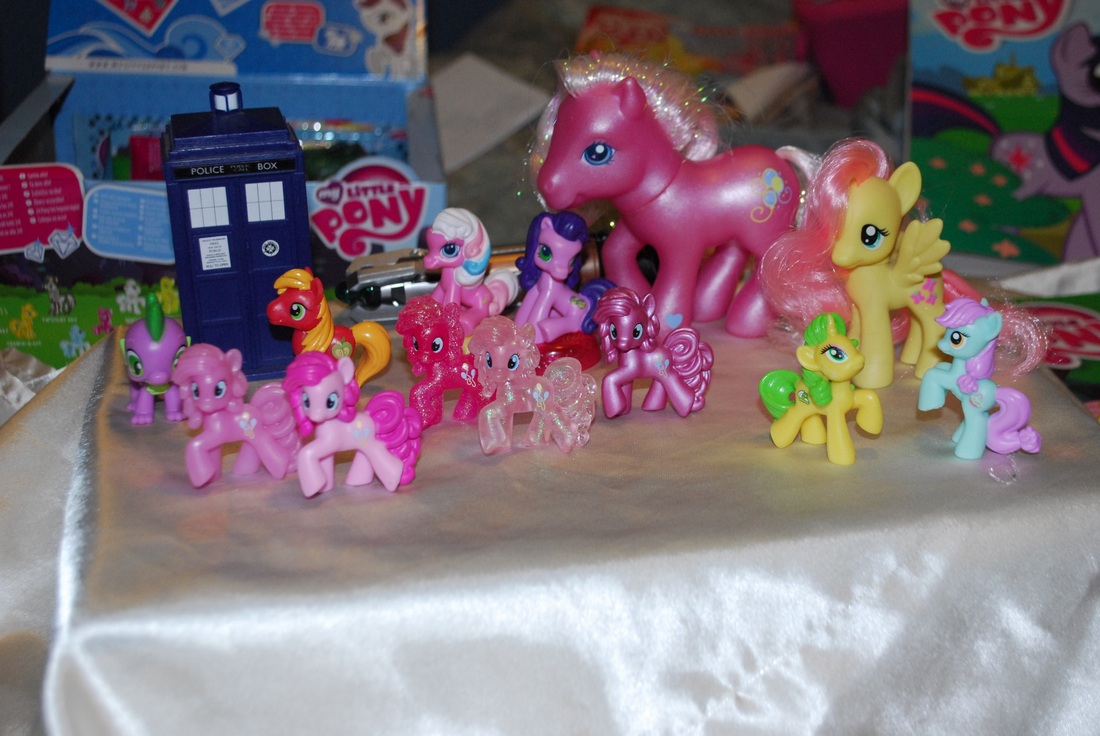 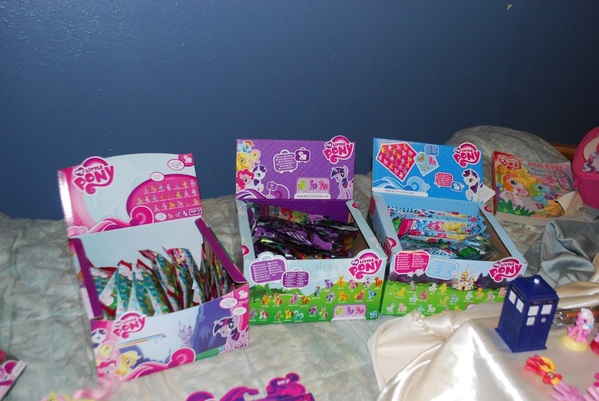 I bought all three cases for myself, but I don't have room to display all the minis on a shelf until I get more shelving in my Pony room. 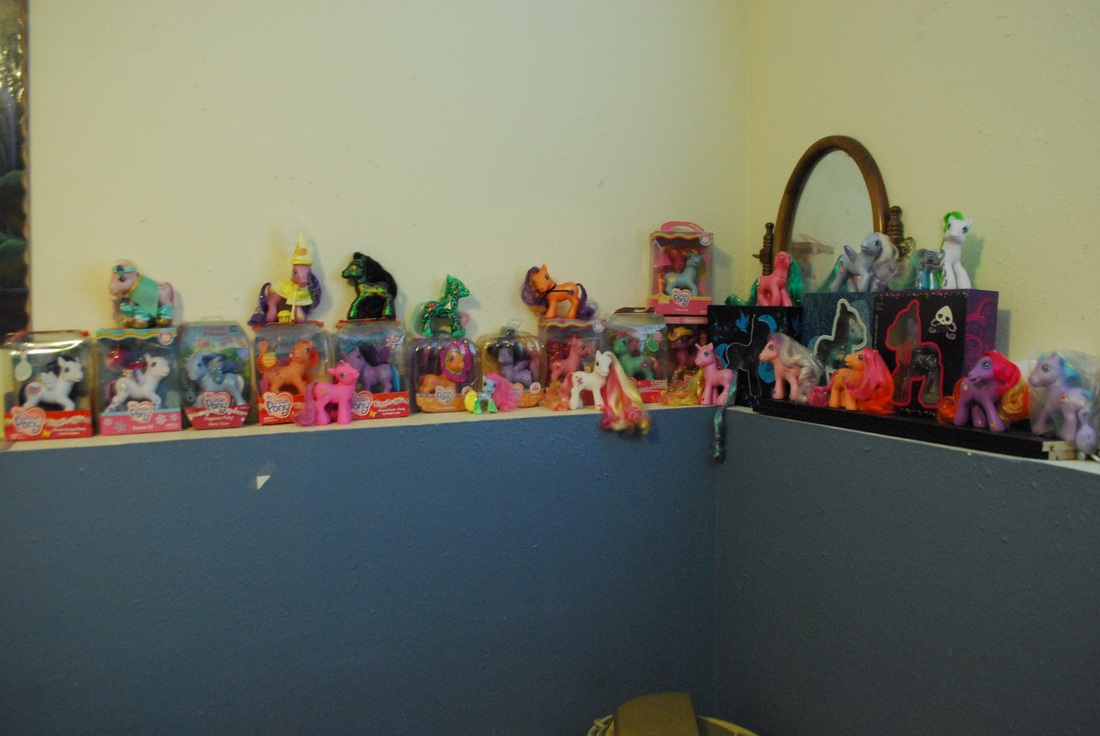 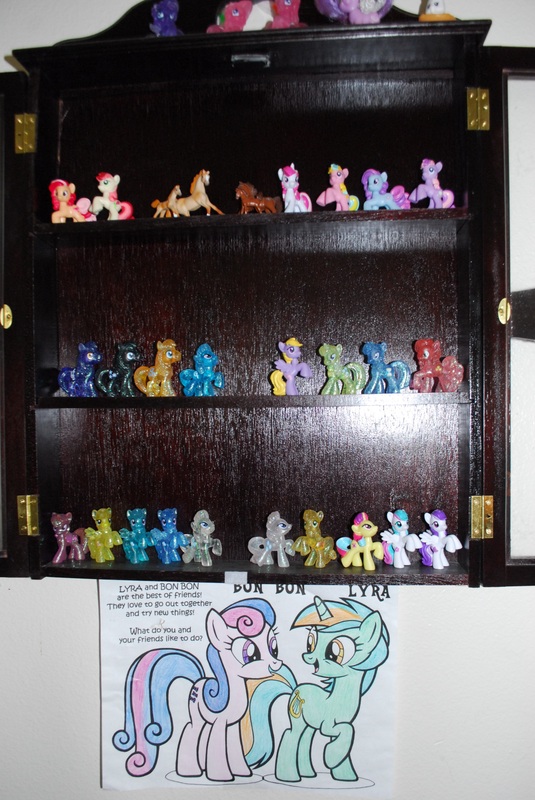 My favorite Mini's plus a coloring page. (I know the colors aren't exactly right on Lyra and Bon-bon) That's both Glitter Rainbow Dash's on the bottom, and both Glitter Rarity's. There is a difference between the first ones and the blue bags. :) 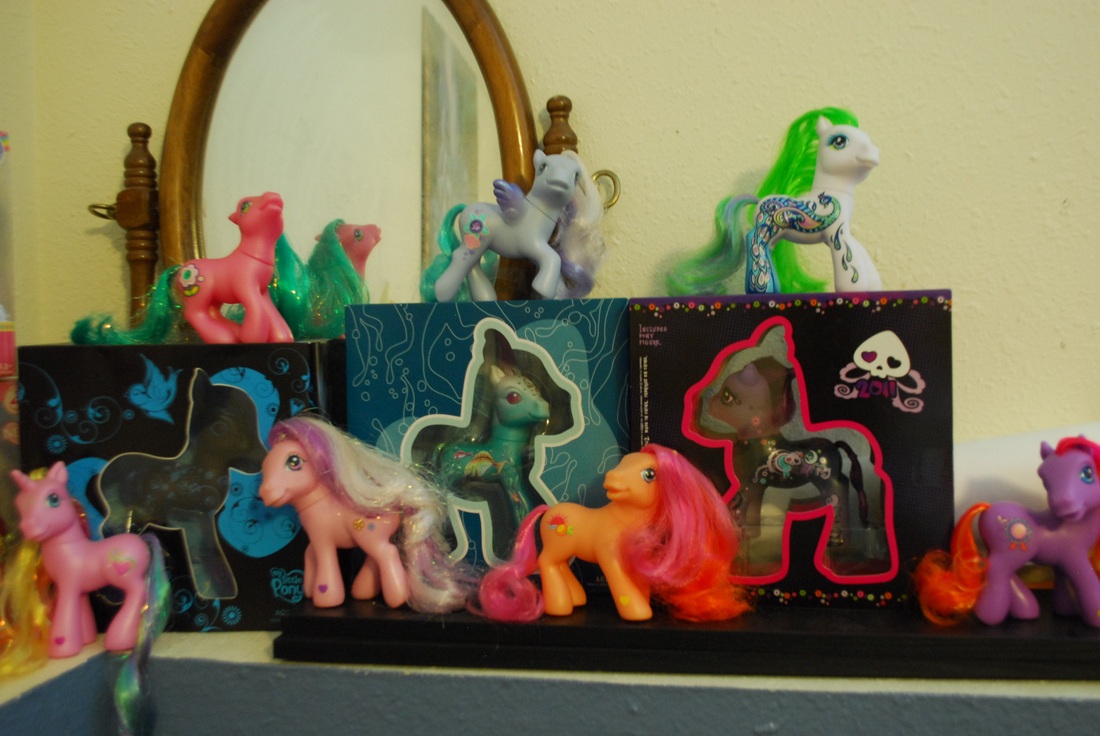 Mint In Box Collector Ponies, plus out of Box Peacock Pony. 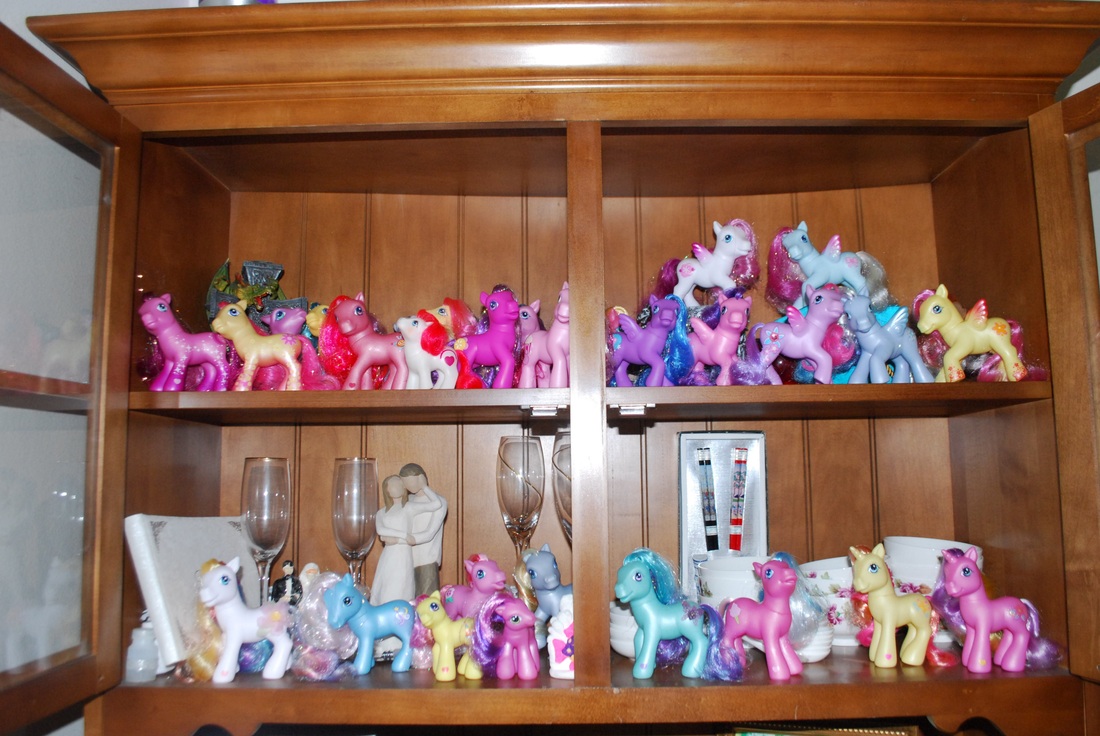 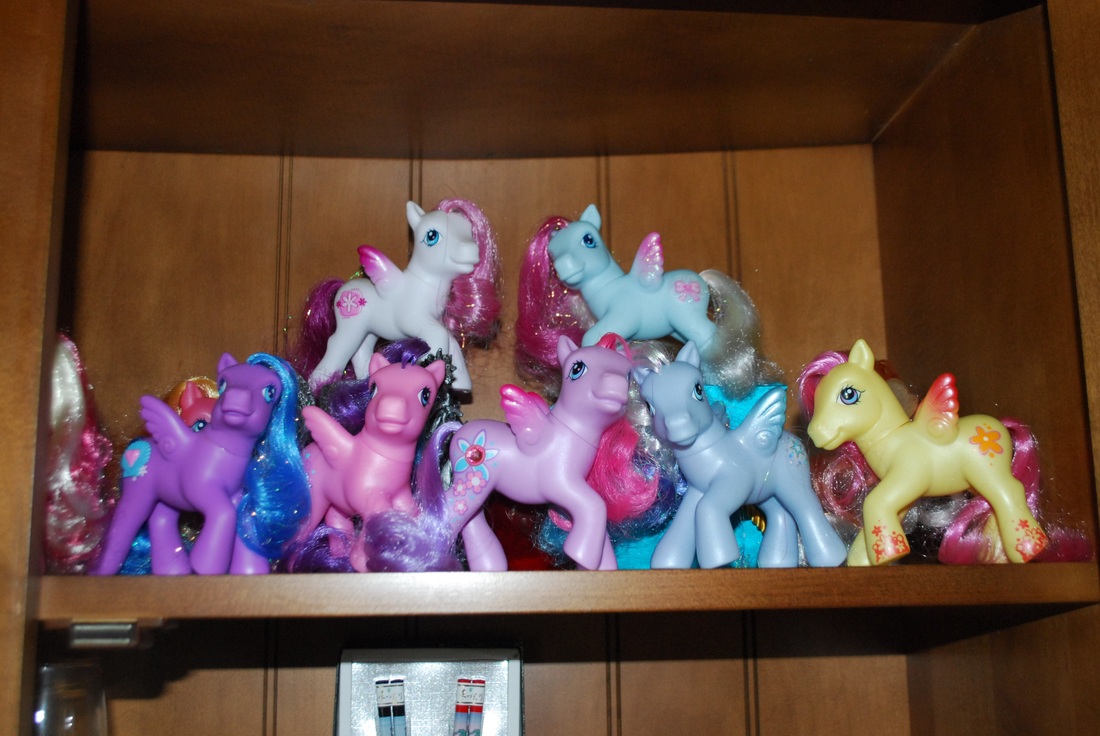 I have almost ALL the G3 Pegasi either loose or in Box. I have a weakness for wings. :) 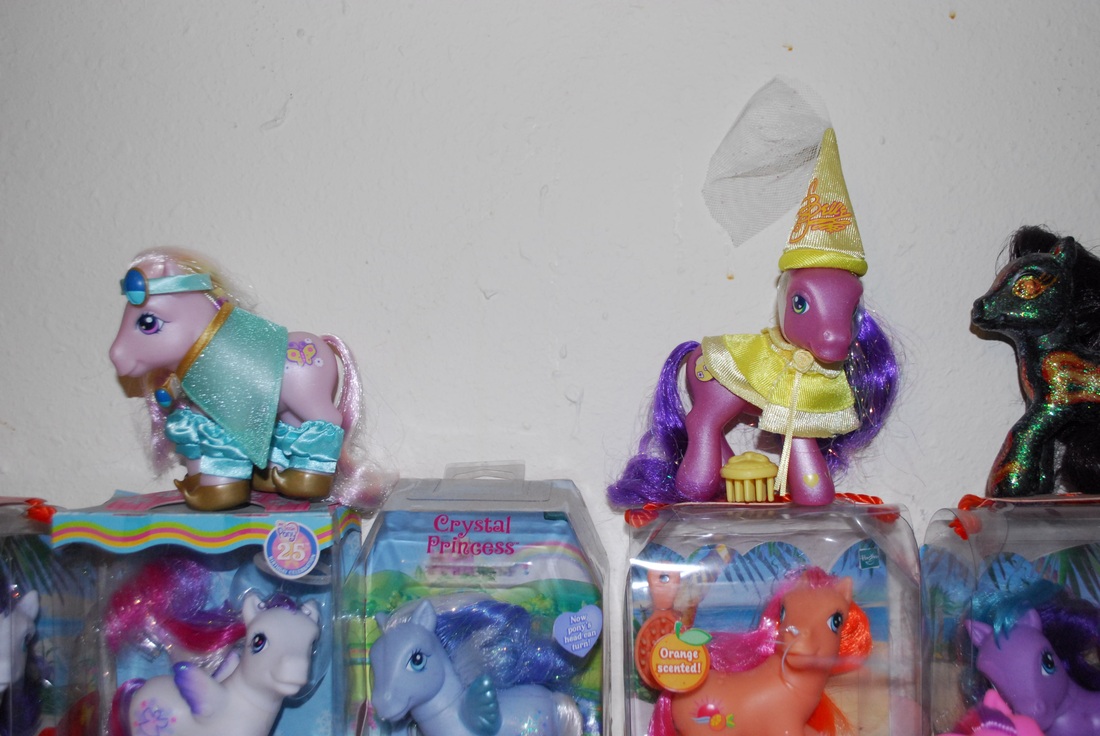